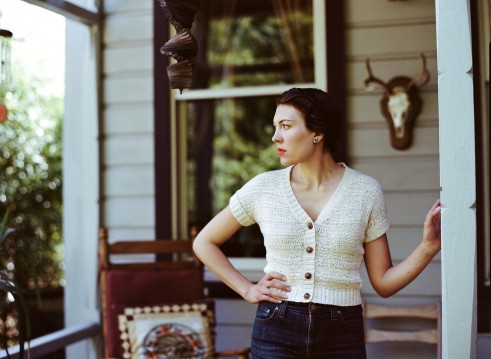 Simple as that :
I wanted to reach Alela Diane but I didn’t know how to do it.
“I never Came” was the last song of my project, I had great expectations for it.
I went to Alela’s website, tapped on “contact” : there was a management email address.
I sent an email.
Alela’s manager, Scott Mc Lean, answered a few hours later.
I sent my demo of “I Never Came” (I confess I was proud of my instrumental), which was passed on to Alela.
Alela said yes.
Simple as that.
I changed the key – you actually have to adapt the key to the singers – and Alela recorded her vocals, a bit later, in Nevada City.
When I received Alela’s takes (just one solo track and one backing vocals track), I was blown away.
The song was turning into something BIG, thanks to Alela’s tremendous interpretation.

I then realized that I was done with my 12 covers, all  beautifully sung.

All that I had to do now was to finalize the album, do some good mixing, tracklist the songs in a coherent order, and then plan a good mastering.