“River In The Road” 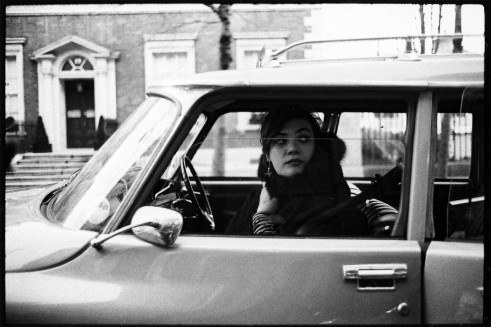 I had made my instrumental demo of “River In The Road” based on a haunted piano, dark cellos, an echoed tambourine and some strange exotic rhythms.
I had also recorded these acoustic guitars inspired by The Clash’s “Rebel Waltz” (on “Sandinista” album).
I was really wondering who would perform the song.
She couldn’t only be a “pop” female singer, even with a beautiful voice.
It had to evoke something else, maybe someone in the style of Nico.
I felt I had to try my version with Moriarty’s singer, Rosemary Standley, since she has a unique and captivating voice.
Rosemary lives in Paris (she is the only  singer involved who lives in my country).
Rosemary came to the studio, did a few takes, blew us away.
She was singing the song perfectly, bringing to it something that I would never have expected, absolutely unique.
Funny thing is, I have rebuilt a bit the song after she recorded her take, so some parts have not been sung where they are now.
Who cares ?
THAT WORKS !